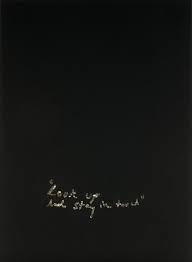 Slater Bradley, an American artist dubbed the “unintended king of serendipity” by Heidi Zuckerman, works in the mediums of photography, drawing, painting, film, and video. Bradley has explored the way cultural icons are so imbued with myth that they become a mirror image (doppelgänger) of the self. Presented here is the final work in his decade-long doppelganger project. They focus on one of Bradley’s formative interests: the actor River Phoenix. The works featured in Look Up and Stay in Touch are produced in collaboration with Academy Award–nominated cinematographer and filmmaker Ed Lachman, the director of photography for the film Dark Blood, an unreleased 1993 film starring Phoenix that was in production during the time of his death.