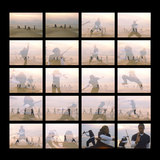 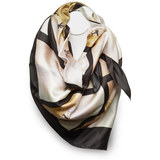 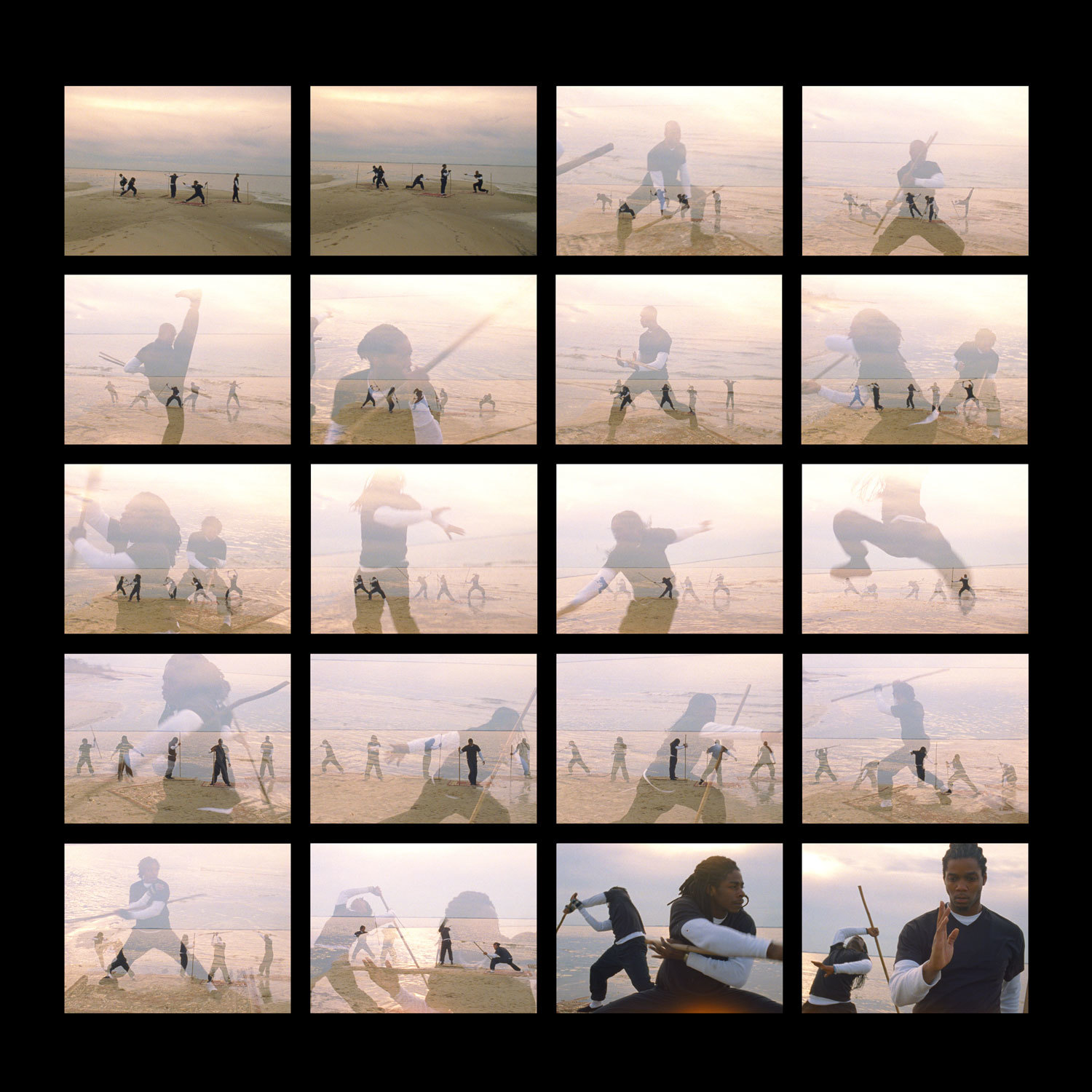 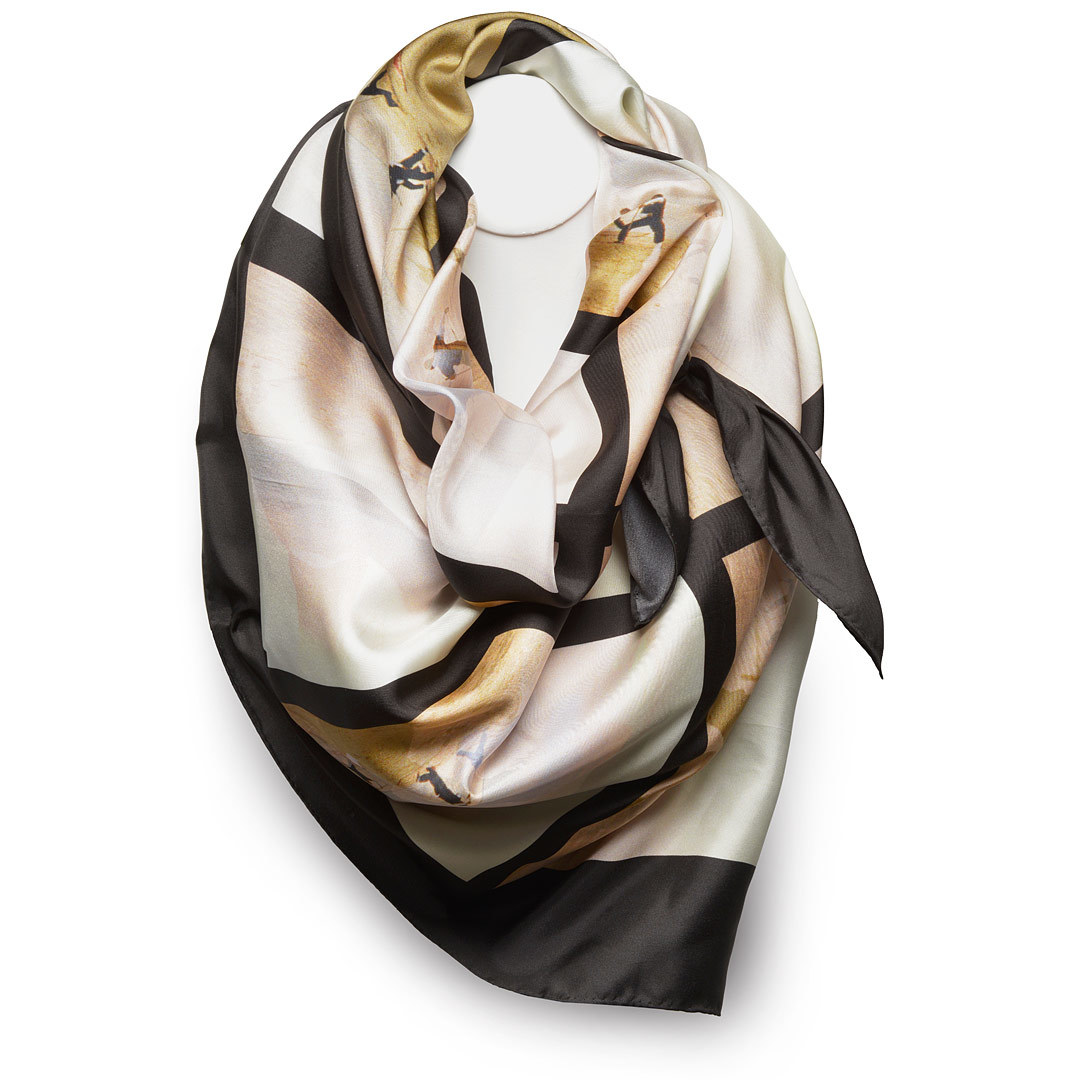 Stills from Rashid Johnson’s The New Black Yoga are displayed on a 100% silk twill scarf in collaboration with Massif Central.

Massif Central is a Brooklyn-based company that produces 100% silk scarves by contemporary artists. Interested in the trajectory of traditional French silk scarf-making, Massif Central is named after the region in France where the art form originated. The carrés (or squares) that we offer here are classic 130 x 130 cm (51 1/5 x 51 1/5 in) sizes and feature hand-sewn hems.

Rashid Johnson (American, b.1977) is a sculptor and photographer who works in a wide range of everyday materials, including wax, wood, steel, brass, shea butter, ceramic tile, and such found objects as books, records, VHS tapes, live plants, and CB radios. He finds inspiration in the work of a diverse group of visual artists, actors, musicians, writers, activists, and philosophers, including Carl Andre, Joseph Beuys, Eldrige Cleaver, Bruce Conner, Joseph Cornell, David Hammons, Kasimir Malevich, Parliament Funkadelic, and Sun Ra. Often identified with the post-black art movement, Johnson’s work engages questions of personal, racial, and cultural identity, producing a unique synthesis of historical and material references that are grounded in African American and art history while expanding into questions of mysticism and cosmology.

Johnson is the recipient of the 2018 Aspen Award for Art and has a solo exhibition forthcoming at the Aspen Art Museum.