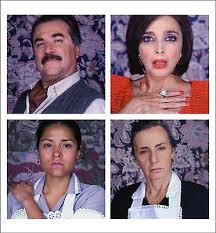 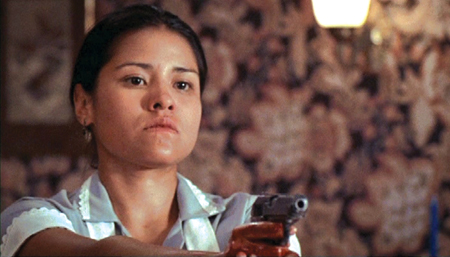 Glasgow-based artist Phil Collins’s film Soy Mi Madre examines the immigrant populations of Colorado’s Roaring Fork Valley, a sizable percentage of which hail from northwestern Mexico. The region relies heavily on service and maintenance work provided largely through this population, who often commute to work in Aspen. Loosely inspired by Jean Genet’s The Maids—a seminal example of Theatre of the Absurd that renders surreal the intricate power dynamics that exist between people of divergent socioeconomic groups and exploits the volatility of social identity—Soy Mi Madre portrays the social realities of this region through the melodramatic lens of the telenovela. Reproduced in this volume through a generous selection of stills, the film uses popular Mexican television actors and crew, including Patricia Reyes Spindola, Zaide Silvia Guitérrez, Veronica Langer, and Salvador Parra, as well as members of the transsexual prostitute community of Mexico City.