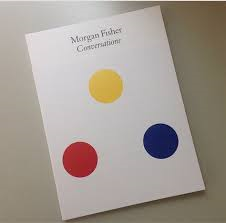 An AAM publication. Exhibition catalogue. Edited and with text by Jacob Proctor. Foreword by Heidi Zuckerman. Conversations with Morgan Fisher and Walead Beshty, Yve-Alain Bois, et. al. Los Angeles–based artist and filmmaker Morgan Fisher first achieved widespread recognition in the late 1960s and 1970s for a body of experimental films that deconstructed the language of cinema, both as raw material and as a set of production methods and technical procedures. Since the late 1990s, Fisher has focused primarily on painting (and the painting’s environment), and this volume is published in conjunction with the first solo museum exhibition of his paintings in the US, at the Aspen Art Museum. Containing interviews conducted with Fisher over a span of twenty-five years—conversations between Fisher and Beshty, Bois, Stuart Comer, Christophe Gallois, and Jean-Philippe Antoine, Melissa Gronlund, William E. Jones, Scott MacDonald, Frances Stark, and Christopher Williams—and featuring new work by Fisher conceived especially for the exhibition, this is an invaluable Morgan Fisher sourcebook.
This website uses cookies. We use cookies to make this website work. They help us improve your experience, understand how the website is used, and show you content based on your interests.
Close