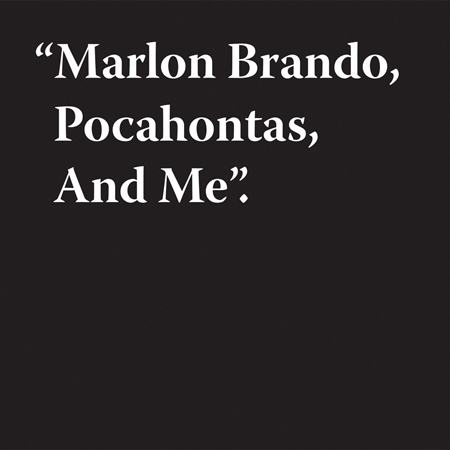 Marlon Brando, Pocahontas, And Me